Blue Lightning operates this area at the best time of the year between November and April and whether its your first time fishing or 100th with Blue Lightning the friendly crew will be close by willing to lend a hand. Species on this charter include WA Dhufish, Breaksea Cod, Pink Snapper, Red Snapper, Queen Snapper and Fox Fish.

Inclusions: Rods, reels, bait and tackle, refreshments, lunch and soft drinks. We advise you bring something warm to wear, a hat and sunscreen, a camera and seasickness tablets if required. At Blue Lightning charters we use Blue Lightning, a 55ft Conquest charter vessel powered by a V10 820 Doosan engine. Blue Lightning was first launched in 1993 and named First Light and was originally sent to work as a crayboat out of Fremantle. Later in 2000 it was purchased by Captain Tony Merrutio and renamed Crustacea 3. Tony cray fished the boat between Jurien Bay and Bunbury fishing 112 pots.

At the end of the 2005 crayfish season Bill and Chad Mills purchased Crustacea and renamed her Blue Lightning III and thats not the only change they made. With 18 years knowledge of the charter industry between them they went to work setting Blue Lightning up into a very comfortable and practical charter vessel which now operates between Mandurah and Dampier.. The skipper Chad Mills has had his Master Class V Ticket since early 2004. Due to his parents owning Mills Charters in the early days he has been involved with the charter industry most of his life.

Chad has been crewing on vessels from a very early age and the experience he has gained stands out in the way he conducts his charters. Chad has a major passion for gamefishing; he spent four years skippering a gameboat and caught his first Blue Marlin at the age of 14 and has had numerous gamefish since.

Chad has been skippering boats up and down the W.A. Coast for a number of years now and knows most of these areas exceptionally well. He is a very experienced skipper for his age and has a natural ability to deal with people.! Our deckhand is a young enthusiastic student who has just left school and is proving to be capable and likeable amongst the passengers! 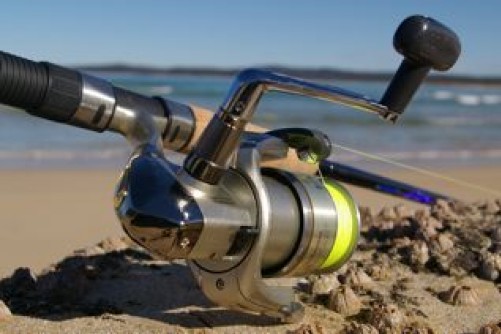 What to bring: This section has not been completed yet.

What is included: This section has not been completed yet.